I Have a Great Tan

Everyone from family to co-workers has commented on my great tan. And I must admit that for someone who has recently become rather chubby and HATES bathing suits, I have spent a lot of time at the pool this summer. My standard response is that I have been playing with the kids, as any good and attentive mommy does. 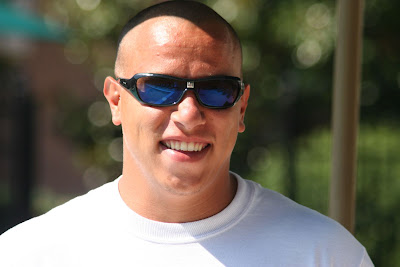 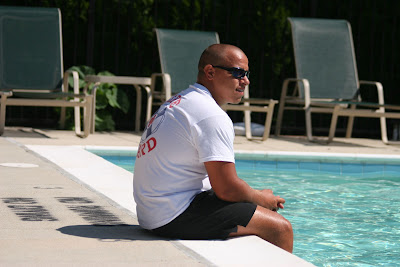 Posted by Pennyfeather at 5:33 PM No comments: 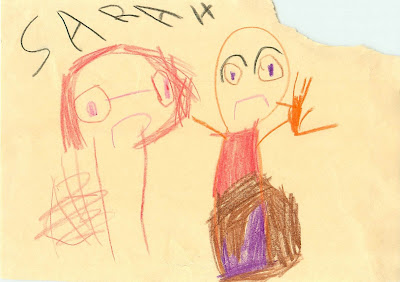 After a panicked call to Ms. Beans Pre-K teacher, I learned that this was an assignment requiring her to draw a picture of a scene from a book they were reading. However, when it came home with no explanation, I feared that it was a portrait of her father and I. Imagine my initial reaction ........................

Posted by Pennyfeather at 9:44 AM No comments:

View from my House, Sketched

Posted by Pennyfeather at 5:54 PM No comments:

Trader Joe is getting Married!

Remember my friend Trader Joe? He is my middle aged friend who fell head over heals for "true love" last winter, and the world stood by with baited breath waiting for news of the proposal.

Well, guess what arrived in the mail? A beautiful invitation wrapped in red ribbon, reading:

"All because two people finally fell in love, After thirty-years of friendship"

Congratulations to you both! And Trader Joe, I have two peices of advice:

1) True love is ALWAYS right
2) buy a map
Posted by Pennyfeather at 5:33 PM No comments:

View from My House, Circled

Created with dumpr.net - fun with your photos

Posted by Pennyfeather at 8:01 PM No comments:

View From My House, Egged.

This Easter egg was created with dumpr.net 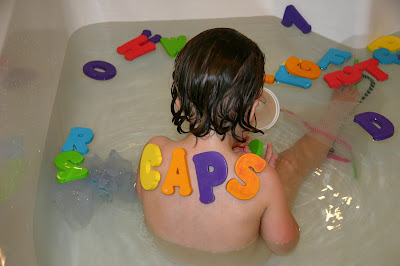 I have been meaning to blog this for a few weeks, but life has gotten in the way. My apologies.

For quite a while, my friend Pattys little men have been a great topic of conversation at the dinner table. Ms. Bean has her entire wedding to Owen (Pattys oldest) planned down to the music, dress, and dance . Apparently, Baby-bee has now taken a liking to Pattys younger son , as documented in the 7 July note from her teacher:

"Leah played with the trains and the tracks. She also played with the princess doll that we have in the classroom. In the playground she told me that she was a princess and she was looking for her prince. I asked her for the prince's name and she said "Ryan is my prince". I called Ryan and told him that his princess was looking for him. He immediately said "Leah is my princess" She told him to climb the bridge. He went up to rescue his princess."

Patty, any chance I can get you to split the cost of two weddings?
Posted by Pennyfeather at 2:17 PM No comments:

Susie - You love me and I love you too and I hope you have a good sleep when you come home from your dinner. 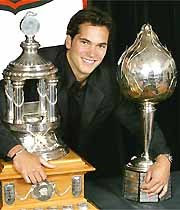 Hey Mike Edwards, when you cant find a date for the meet and greet, call me! Theodore's Hot!
Posted by Pennyfeather at 12:43 PM No comments:

KEEP SERGIE!
Posted by Pennyfeather at 6:56 PM No comments:

Happy Canada Day! In honor of our northern friends, we have decided to compile a list of the 10 Greatest Canadians we can think of, at the moment. This list is, of course, fluid.

10. Chris Simon (Wawa Canada) – Chris has had some issues. His temper is a little “unpredictable” and he does need a little anger management counseling (remember Ryan Hollweg?) . On the other hand, don’t we all have the occasional “bad day at the office”? Chris Simon will always be on my list. He did a lot for the caps, and a lot for the game. And, his fights were really fun to watch!

8. Elvis Stojko (New Market, Ontario) – I LOVED Elvis Stojko in the early 1990’s. He was a “Man’s Figure Skater” (isn’t that an Oxymoron?). And, he NEVER wore sparkles! Black Pants and a Tee Shirt! HOT!

7. Guy "The Flower" Lafleur (Thurso, Quebec, Canada) - Between 1974-1980 he had six straight seasons with 50 goals or more. During that stint Lafleur won a couple of Art Ross and Hart trophies along with four Stanley Cup championships.

6. Mike Green (Calgary) – I was not sure that Mike was going to make the list, BUT, he signed a 4-year contract with the Washington Capitals this morning, and he was GREAT FUN to watch in the playoffs! Welcome Mike.

5. Maurice "The Rocket" Richard (Ahuntsac, Montreal) - The first player to score 50 goals in 50 games is considered the greatest goal scorer in NHL history. Richard will always be known as the greatest Canadians player of all-time for his 544 goals and Eight Stanley Cup rings. HE was also inducted into the NHL Hall of Fame after being WAVED the customary 3-year waiting period.

4. Michael J. Fox – Again, I am a girl of the 1980’s. I loved Alex P. Keaton. Fox has also done a lot for the fight against Parkensons, and made the Pro-lifers look like dip-shits over stem cell research.

3. All three of the Hanson Brothers. The Movie NEVER gets old!

2. Bobby Orr (Parry Sound, Ontario) – When you were raised outside of Boston, Bobby Orr will make your list. Period.

1. Gertrude Rosin Lipschtutz (Toronto) – Gert was my Grandma and I miss her. She would have adored Bean and Bee! She will ALWAYS be #1 in my book.

And of course, with the good, comes the bad. Here are a few Canadians that we despise:

1) Glen Hanlon – no explanation needed.
2) Butch Cassidy – How can someone so adorable be so useless?
3) Sidney Crosby – Amanda told me to say that.
4) Celine Dion – She gives me nightmares
Posted by Pennyfeather at 9:48 AM No comments: